I have updated the design of the website! This started off as 'drop in a new Pelican theme and be done' and grew into a micro-project to do while confined to my parents house over Christmas (pandemic etc). I also watched lots of medium-to-terrible TV (GYNOTOPIA, SERIOUSLY?), which is a good accompaniment to making tiny tweaks in CSS and seeing what happens.

For posterity, the previous version of apeirotope looked like this: 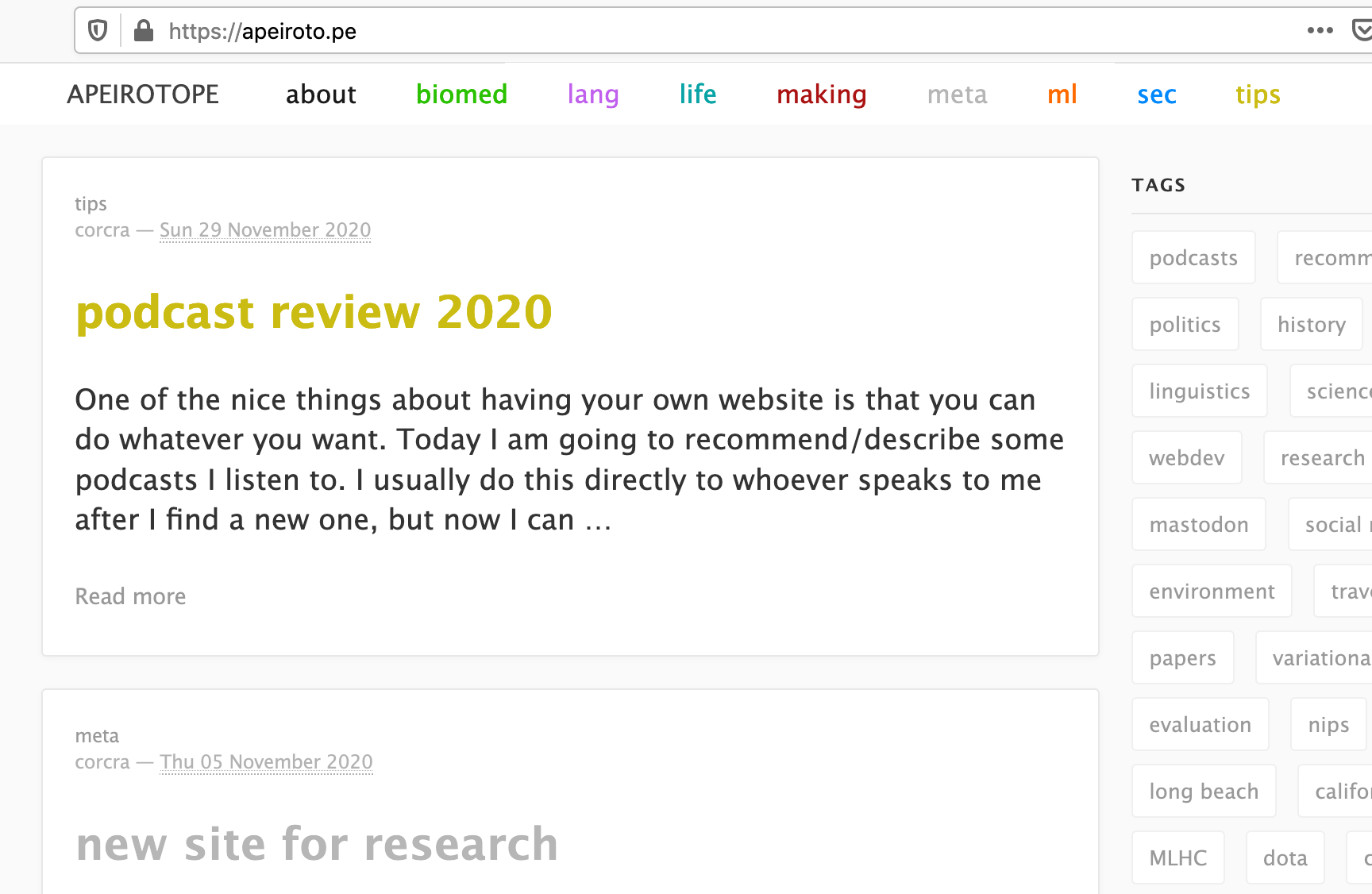 ... which was an edited version of the medius theme, which was designed to imitate Medium. Post example: 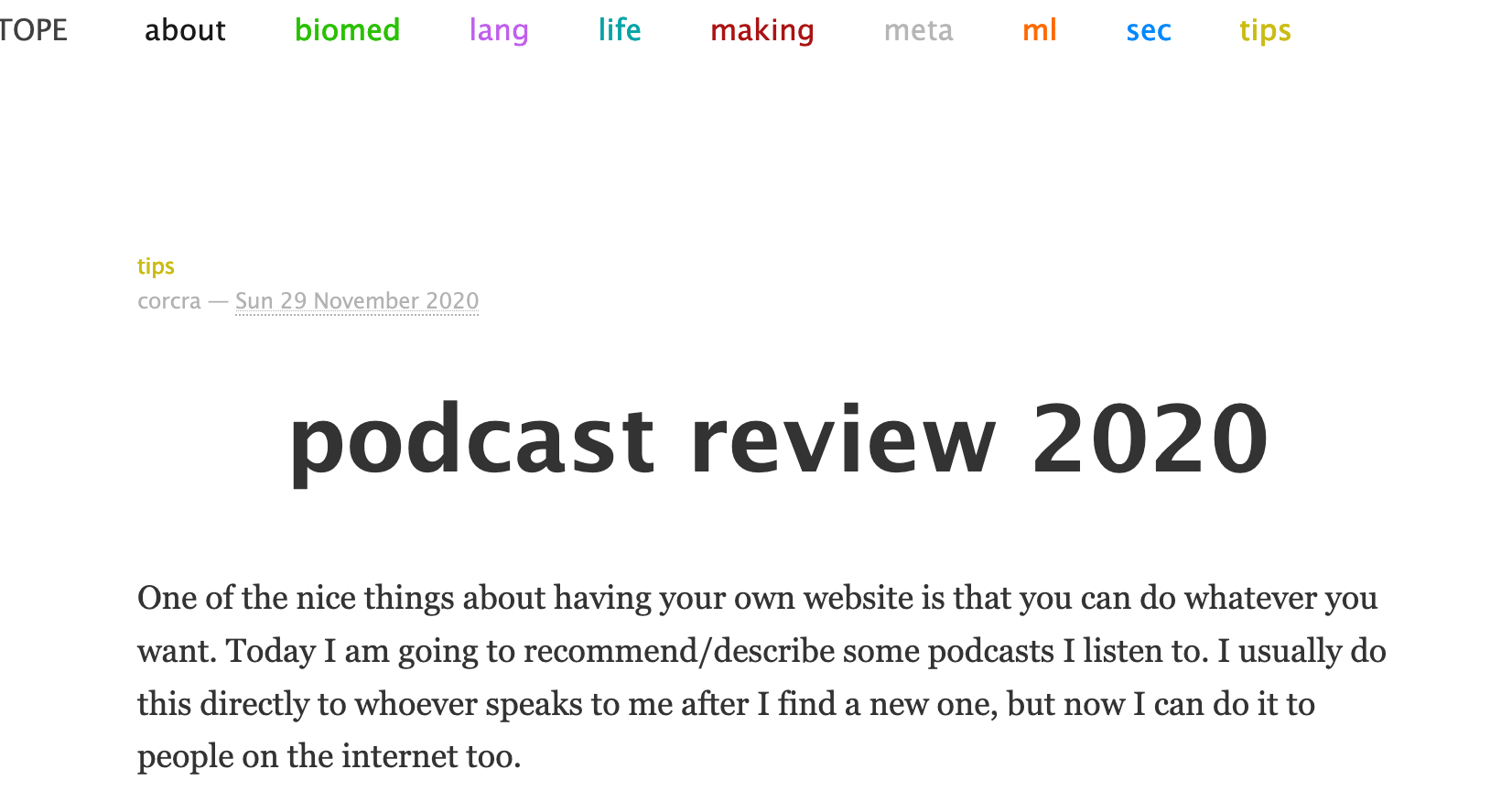 The new version, also for posterity (the internet is a flimsy place for memories) looks like this:

The new design is a modified version of the voce theme - my fork is here. You can do a diff between my fork and the original one for the most comprehensive account of the edits I made, but I'll describe them in English here. Also, for comparison, here's what apeirotope would look like in mostly-plain voce: 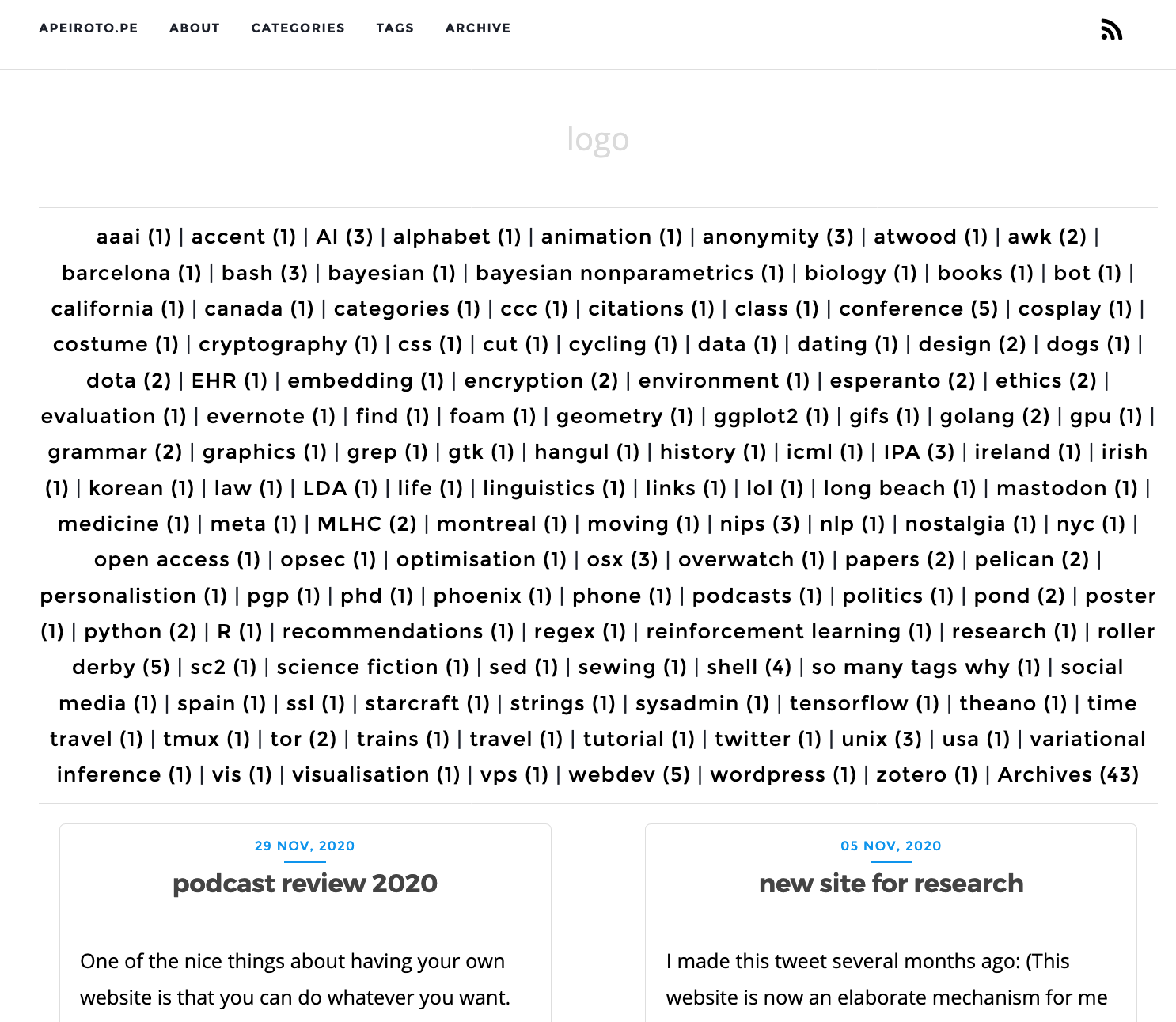 It's not really a fair comparison because the voce theme uses tags carefully and sparingly, whereas I use them freely, and instead use categories (which it doesn't really use) to categorise my posts. You can see a much better version of the voce theme on its creator's personal page.

Particular edits I made: